Get fresh music recommendations delivered to your inbox every Friday.

by The Red Masque 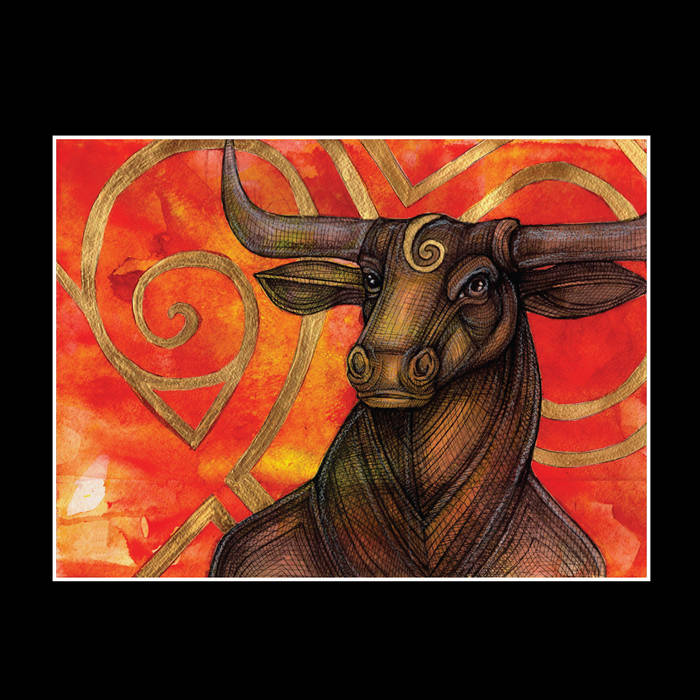 PRESS RELEASE FROM BETA-LACTAM RING RECORDS:
With the first studio outing in five years from Philly's native avant prog wunderkind, The Red Masque let loose a clarion call of avant prog gravitas to all comers here. Scions to a subterranean continuum of stormy entanglements, the tendrils that entwine on these tenebrous tunes snake out from some very auspicious pods. On Mythalogue, they take a page from Red-era King Crimson and another from those that rode the more riff-centric faultlines of the 90's avant prog revival (Present, Happy Family, Thinking Plague, Sleepytime Gorilla Museum) and fire the shredded results out of confetti cannons. Riffs crunch out fevered labyrinths, time signatures create airborne origami and vocalist Lynnette Shelley's supple, full-throated attack seals it with a kiss. This crew have been hoisted on the shoulders of some of Rock In Oppostion's most formidable figures, from their previous studio affair gaining release on Chris Cutler's ReR USA imprint to Mythalogue being mixed by 5uu's/Science Group member and avant prog magi Bob Drake. Little wonder, as the interzone of turbulent energies and high wire conniptions on hand here make plain The Red Masque's heir apparent status to this trajectory.

Special Guest: Thomas Hanslowe, Violin and Cello on "The Ruins of the Palace of Minos"

All songs mixed and mastered by Bob Drake, Studio Midi-Pyrenees, Caudeval, France
"The Minotaur", "The Wendigo", "The Dark Salt Sea", "The Song for Icarus," and "The Labyrinth" recorded / engineered by Mike Potter at Orion Sound Studios, Baltimore, MD in April and May 2012.
"The Blessing", "The Hallowed", "The Curse", and "The Sirens and the Snakes" recorded in Ambler, PA by B. Ross; "The Ruins of the Palace of Minos" recorded in Rockaway, NJ by S. Craig; "Polyphemus" recorded live at The Fire, Philadelphia, PA on May 1, 2011 by Kyle Graham, Fresh Produce Studios
Executive Producer: Jarmo Teräväinen;

The Red Masque is a dark art rock band from Philadelphia, PA. Founded in 2001 by bassist Brandon Lord Ross and vocalist Lynnette Shelley, the band has had many incarnations over the years. The Red Masque currently consists of Ross and Shelley along with Jim Harris on Drums, and Scott Weingarten on guitars. ... more

Bandcamp Daily  your guide to the world of Bandcamp